The smell of summer rain and fresh tandoori barbeque delights filled the air as I rang the doorbell. I couldn’t help but feel a familiar bout of anticipation—would this evening be a dreaded chore or unexpectedly tolerable?

We were attending a Desi family friend’s ‘dinner party’. The same kind of evenings I used to run from when I was a teenager because they would be so mind-numbingly boring. With the few exceptions if certain uncles got too drunk and proved entertaining. Or if a good-looking nephew was in town!

Since moving away from my parents, it had been a while since I had attended one of these social evenings. While I’m no longer a teenage kid who sits silenced to the side at dinner parties, I’m also not quite so much an adult that I’m not thinking maybe a night out on the town with my friends might be more fun!

I had been assured this evening was to be a ‘young people’s dinner party’ with a guestlist of several of us in our 20s. I hoped there would be safety in numbers.

The door swung open and I met my host and hostess—a friendly, sweet, and laid-back couple in their early 50s who had never had children of their own. I couldn’t help but wonder if this was why they seemed so relaxed. It could also explain why they were so eager to have the young people’s party.

There was a cause for celebration: a newly engaged couple. The bride-to-be was a bubbly, fashionable Punjabi girl (with a size 0 waist…sigh). The groom-to-be was polite, friendly, and hold your breath—Polish. He seemed unperturbed at the loud influx of Desi family and friends. He smiled and claimed that Polish culture was quite similar.

As the champagne bottle popped and everyone raised their glasses in toast, I couldn’t help but wonder if all the aunties and uncles were this warm and welcoming to him when they first found out? Or were they all secretly thinking, ‘At least it’s not my daughter marrying him.’

When asked, the bride-to-be laughed and said her fiancé had woo-ed her father on the golf course before they revealed they were dating. (Note to all non-South Asian men interested in marrying a Desi girl—head to the nearest golf course or cricket pitch!)

The joke was clearly one that was repeated often, with all three members laughing dutifully. Was I the only one who noticed there were no such references or jokes to the bride’s mother, whose smile was less radiant and more strained? I wasn’t sure if she had been open to wooing of any kind…

Of course, her eyes lit up once the conversation shifted to the impending trip back to India for the clothes and jewellery shopping! I’ve often felt that a woman could get married in our culture for the sole purpose of the acquisition of such an extensive, expensive, and exquisite wardrobe. (No, I have not been tempted…)

The conversation shifted to another young couple in their 20s, this time married. The young wife sitting next to me excitedly showed me pictures on her iphone of an adorable new puppy they had just gotten. Her father-in-law’s booming voice interrupted from across the room, “Four years and a dog is what I get!” Laughter ensued, and the young husband smiled and said, “No comment.”

The young wife seemed accustomed to the teasing and even told us how her own grandparents had offered to pay them money to have kids sooner! More laughter all around and several of the uncles teased the couple to accept the bribe and get on with it. The husband repeated his ‘No comment’ with less of a smile, and the conversation quickly shifted. I felt sorry for him—he didn’t seem to realize—as she did, that nothing was considered too personal to discuss in our culture!

As everyone mingled and sampled the delicious food being served, I had a moment alone with the engaged couple and had a chance to talk to them about their plans post-marriage. They smiled and said they were excited about buying a place together. When I commented that living together would be an exciting next step, they giggled and said they already did, but ‘Sssssh!’ The parents were under the impression that she still lived separately at an apartment with a friend. I smiled knowingly—of course appearances were still being maintained.

Several tikkas and champagne/whiskey glasses later, the night came to an end, and the young married couple left to attend to their new puppy. The young engaged couple left pretending to go to separate homes, and I …I left with the realization that I had thoroughly enjoyed a Desi dinner party.

Kari ‘Bad’ Shah is a single Indian woman in her mid 20’s who has lived in many cities around the world. She hopes her experiences and thoughts will help bridge the generational gap between South Asian parents and children worldwide. ‘No Sex in the City’ is inspired by the popular TV show ‘Sex and the City’ which captured the attention of diverse viewers across the globe.

No Sex in the City

Why toddlers misbehave
Out of Bounds 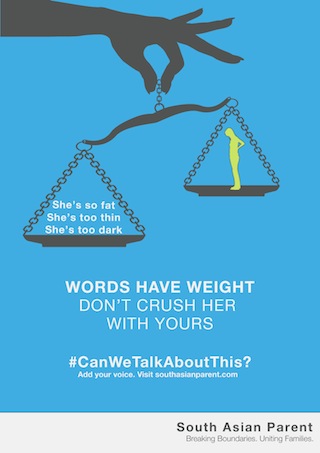 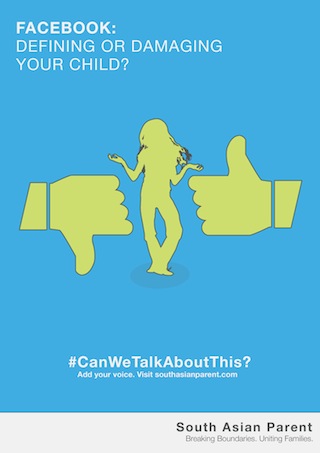 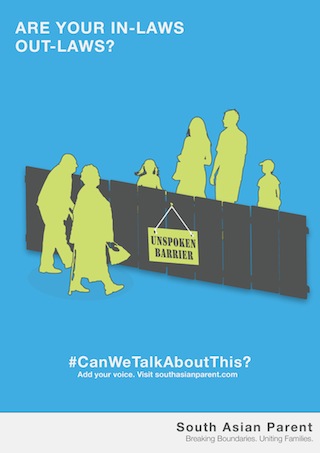 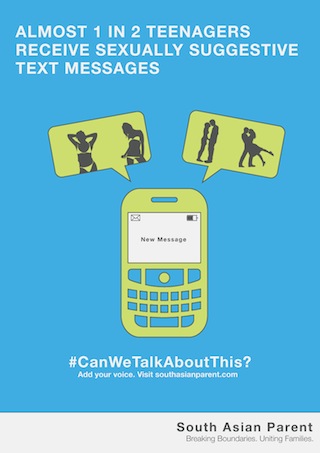